In a previous post, I explained Bayes Theorem and the way it works. In this post, I will try to sketch some basic information about probability distributions and their features, as they represent a cornerstone in Bayesian inference.

For example, if I ask you to guess the outcome of tossing a fair coin, what will be your answer? As you do not know the result yet, you may guess the outcome will have equally likely chance to be a head or a tail. Great! your guess represents a probability distribution called Binomial distribution, and it is visualized in the below figure. 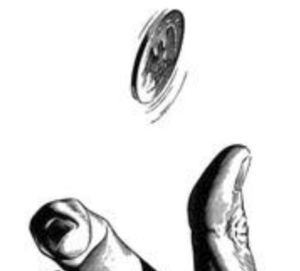 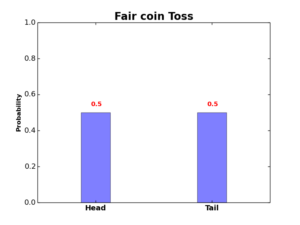 Note here that the summation of all possible probabilities of the above experiment is equal to 1. I.e.:

Similarly, we can predict the outcome of rolling a die, or the marital status of a woman in Sydney. 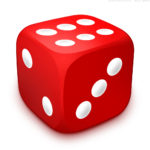 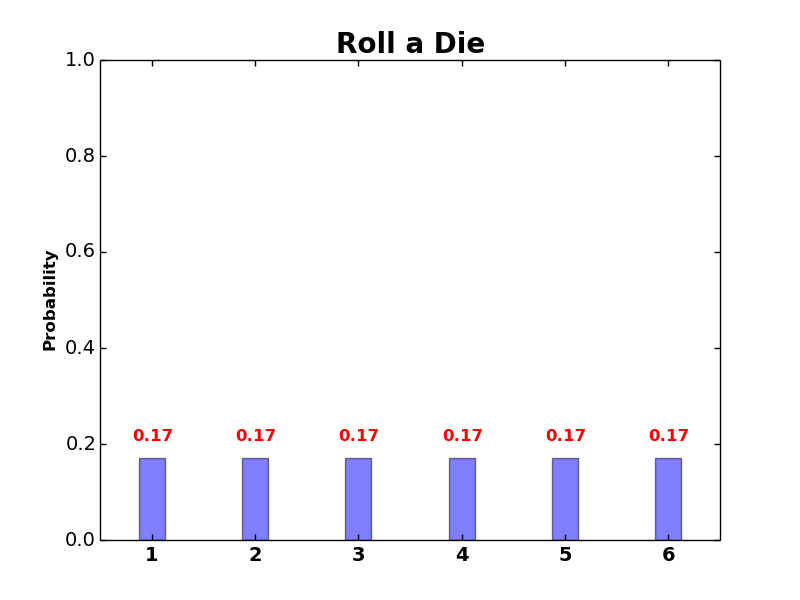 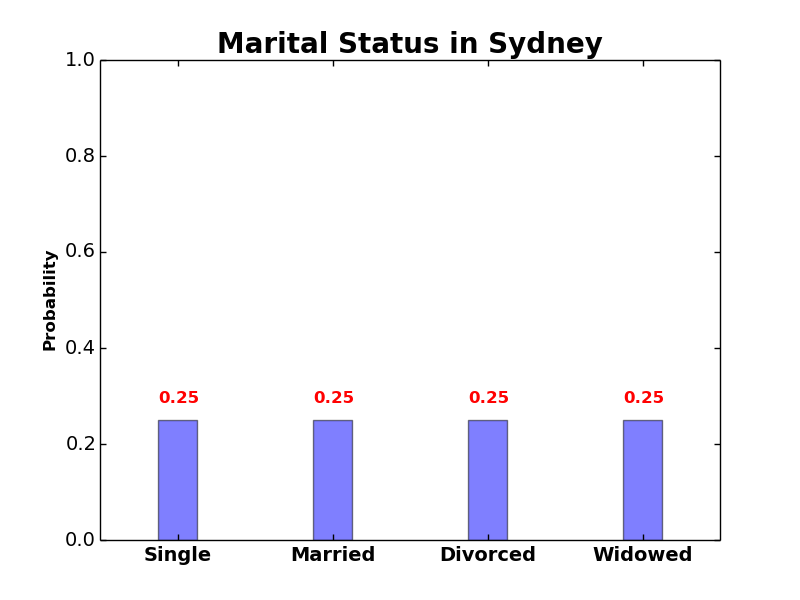 Probability distributions are extremely important in data science. In the following subsections, I will try to list some popular usages of them.

The prime importance of probability distributions is that they are very well-formed functions. As you can imagine, the basic mission of statisticians and/or data scientists is to find functions (i.e. relationships between data variables). Therefore, and because probability distributions are well-defined functions, with different characteristics and features that have been studied for decades, they considered as a fundamental way of representing, analyzing, and visualizing data variables.

The second significance of probability distributions is that each of them can mathematically express our uncertainty about an event, experiment, or hypothesis. For example, if you toss a coin, you can not know the result (Head or tail) before the coin lands. Nevertheless, you can draw all possible outcomes, each with certain probability, using a probability distribution. The following figures shows the difference between uncertainty and certainty. 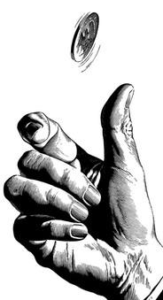 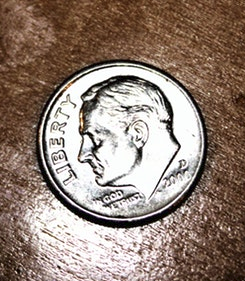 As another example, suppose you have a list of heights (in inches) of random sample of students in a high school: \(heights=\{65.78, 71.52, 69.40, 68.22\}\), and you want to model these observations using a continuous function. The first logical way of thinking is to assume the heights vector is following a normal probability distribution, and compute both mean and variance of the sample data to visualize your probability function: 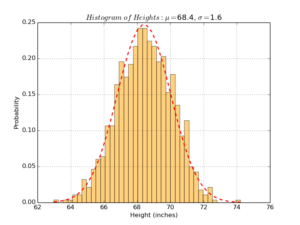 Expressing uncertainty plays basic role in machine learning, as it enables us to make predictions of events which haven’t happened yet (e.g. earthquakes). 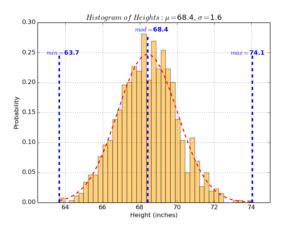 Another common application of probability distributions is to impute (i.e. fill-in) missing values in your data. Suppose for example you got a vector of heights, but with some missing values:
\begin{equation} heights=\{65.78, 71.52, ?, 68.22, ?, 68.70, ?, 70.01\}\end{equation} A common technique to fill-in these missing values is to draw these missing points multiple times using one probability distribution with different parameter settings, analyze multiple versions of your data, and finally integrate all versions into one final version (maybe with minimum variance or narrowest confidence interval). This technique is called multiple imputation, and it is widely used to fill-in missing data values.

Probability Mass Functions (PMF) are functions that describe probability values of discrete random variables \(X\). PMF(\(X\)) must sum up to 1 for all possible values of \(X\). 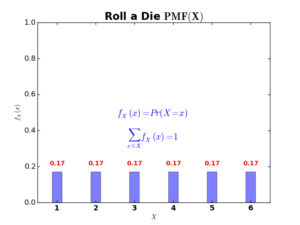 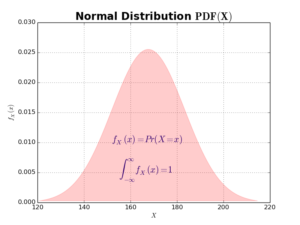 Please note that for PDFs, the area under curve must sum up to 1.

Beside PMF and PDF, there exist a third type of functions for both discrete and continuous variables. These are cumulative distribution functions (CDF). The CDF computes the cumulative probability up to a given value \(x\in X\). In case of discrete random variable, the CDF looks like this: 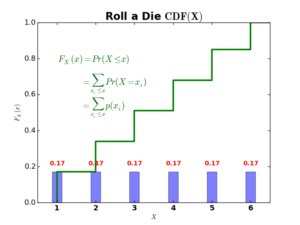 The green stepwise function above represents the CDF of rolling a die, and it is computed as follows:

You can think of \(F_X(x)\) as summing up all probabilities upto value \(x\). For example:

For continuous random variables, CDFs using integrals instead of summations, in order to compute the area under continuous PDF curves. The next figure shows an example of the normal distribution CDF. 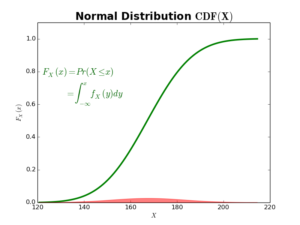 where \(y\) is a dummy integration variable.

The expectation \(E(X)\) of probability distribution is the average (i.e. mean) value of it’s random variable \(X\). It is also called the first moment. The term “expectation” is used here to express the value used to represent the whole distribution in probabilistic inferences. Other names of expectation are “point estimate” or “best guess“. It is noted as \(E(X)\) or \(\mu(X)\).

Precision \(\tau(X)\) is the reciprocal of the variance \(\frac{1}{\sigma(X)}\). It is used to measure how close a set of random numbers \(x\in X\) are to their average value \(\mu(X)\). High precision values usually used as indicator of good probabilistic models.

Bayes Theory and Its Facts